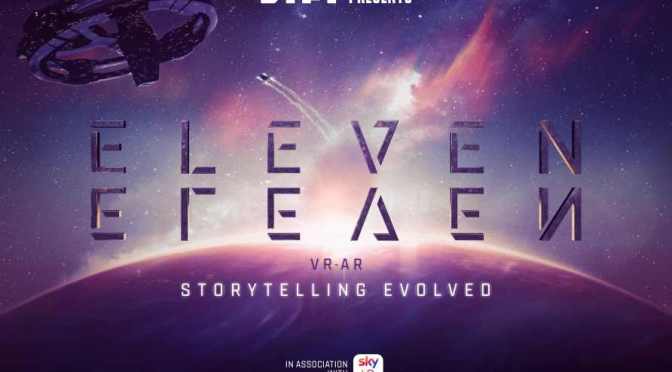 For the second of my reviews of SXSW I was struck by the importance of VR/AR/MR, this year it was much higher priority.

The VR Cinema was booked out. I had to wait 2 hours to have one of the experiences! – 11:11 by the SyFy Channel. It was an interesting example of how storytelling is becoming more gamified, with 7 linear, interlocking stories delivered inside a coherent universe and a challenge to find the last ship off a dying world.

There were other very different experiences such as an art piece based on the telegrams that were sent from the front in WW1 in which nothing could be written but only options crossed out. And an abstract environment created out of the words of a Bolivian journalist in the 19th Century.

What is  clear is that the industry is exploring what boundaries can be pushed through the medium . There were talks on VR and the Law, Race and VR, Sexuality and VR and the now familiar ways that VR can build empathy. There were also explorations of how these technologies may impact humans moving forward.

Helen Papagiannis is an expert in AR and brought together these threads in her talk Augmented Humanity. She is exploring multiple AR delivery mechanisms not simply through sight but also taste, touch (haptics) and sound. And she saw it enhancing the capabilities of human beings much in the same way that Kasparov did the use of AI.

launched their AR glasses – not Augmented Reality but Audio Reality. The idea is that you can now experience truly immersive sound through headphones that respond to where your ears actually are. This isn’t Dolby Surround Sound, it’s sound delivery that changes just as it would if you were outside, heard a dog bark and turned to look for it.

It’s all signaling a move towards greater accessibility and immersion in the space. And a richer media world for us all.

things I've noted in the world around.

Who links to me?
Discover

A daily selection of the best content published on WordPress, collected for you by humans who love to read.

I'm the founder of the Tuttle Club and fascinated by organisation. I enjoy making social art and building communities, if you'd like some help from me feel free to e-mail me: Lloyd dot Davis at Gmail dot Com or call +44 (0)79191 82825